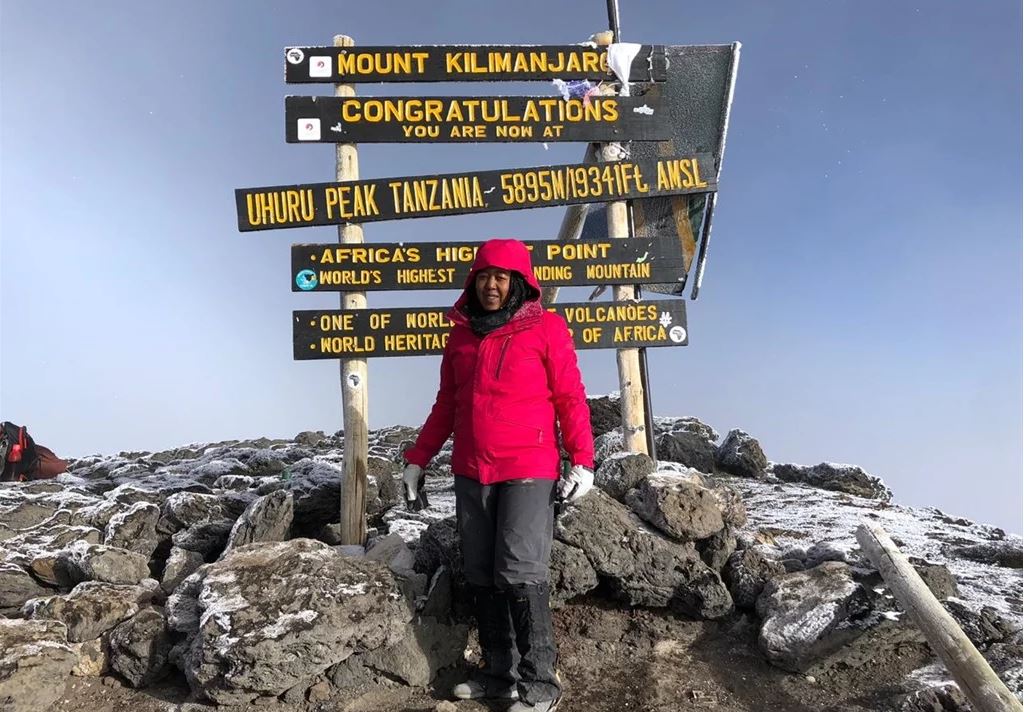 A Soweto mother has made good on her promise to summit Mount Kilimanjaro to help young burn victims.

Tebogo Tsotetsi, whose one son, Kutlwano, was killed during a house fire in 2014, was part of the 12-member team that travelled to Tanzania on June 16 to raise funds for the purchase of a laser machine for Chris Hani Baragwanath Hospital in Diepkloof, Johannesburg.

After an exhausting journey, they summited on June 23.

Kutlwano was three when a fire broke out upon the family’s return from church.

A faulty plug was responsible for the tragedy that claimed little Kutlwano’s life and left his brother Molemo, who was five at the time, with 50% burns across his body.

Molemo, who loves cartoons and any form of car racing games, is still receiving regular laser treatments at the Red Cross War Memorial Children’s Hospital in Cape Town, News24 earlier reported. The travelling costs are substantial for the Tsotetsi family, hence the quest to raise funds for a second laser machine closer to home.

This prompted the Smile Foundation, which helps children in need of facial reconstructive surgery, and Avela Foundation, a non-profit organisation that assists children with burn injuries on their road to physical and psychological recovery, to embark on an ambitious fundraising initiative to purchase a laser machine to be stationed in Gauteng.

That initiative was the Kilimanjaro Trek, and it aimed to raise a total of R2m for this vital machine that would help to not only change Molemo’s life, but many other children like him who otherwise would not have access to laser surgery.

After months of prepping for the monumental task that lay ahead, Tsotetsi and the team set out for Tanzania on June 16.

“The climb was very challenging, but when you have a goal in your mind, you prepare yourself mentally and physically,” Tsotetsi explains.

“Some days were easy, and others were really difficult, where people just wanted to give up. On the last day, that was me. I wanted to give up. The weather was unbearable at -20°C. My backpack and my drinking water were both frozen. When climbing, you have to drink between four and five litres a day – impossible when your water is one giant ice-block, so we were dehydrated. My body was stiff and so, so cold. Even my hair and eyebrows had frozen. But I made a promise to my son, and that kept me going.”

On the final night, the team walked non-stop for eight hours to reach the summit, pausing only when necessary for a quick snack. Tsotetsi took up the lead and pushed through the exhaustion, and through the night, to lead the team to victory at 07:00 the following morning when they finally summited the mountain.

“It was such a poignant moment, we celebrated with tears of joy. We just hugged and held each other while weeping. We couldn’t believe we’d actually made it. The descent was incredibly challenging too. It took us seven hours to reach base camp, an exhausting trek that we did on our hands and knees,” she explains.

The team’s efforts were not in vain. To date, the expedition has raised R1.8m, just short of the R2m goal. With a further R200 000 to go, the Smile Foundation is appealing to the public to open their hearts and donate toward this incredibly worthy cause.

Tsotetsi remains committed to raising the last of the funds needed via her BackaBuddy platform.